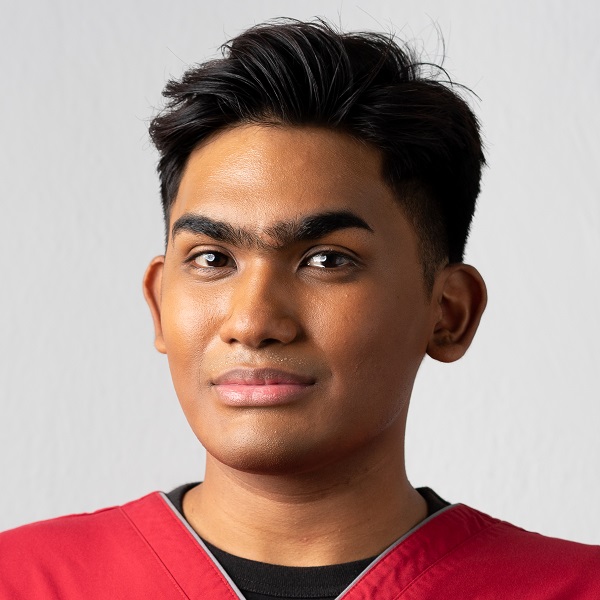 Haiqal has always been involved with animals, one way or another. He was previously involved in a dog rescue private organisation in Malaysia where the group actively rescues stray dogs and re-homes them.

He still vividly remembers the 2 mongrel puppies who he rescued at a carpark, where he brought them home and fostered them for about a month. When he finally found adopters, it was really hard for him to let the both of them go, as he had grown so attached to them. The dog rescue private organisation eventually disbanded when he moved to Singapore in 2018. Upon his relocation, Haiqal joined VES Hospital in 2019.

Outside of work, he enjoys exploring new places and is very much into adventures. Food hunting and spending time with dogs are also some of his favourite things to do, especially bringing the dogs to the beach.